China managed to churn out over 500M + tourists to various parts of world in the past 5 years. However when it comes to Abu Dhabi, the destination is seemingly unknown to the population of 1.3bn in China. In fact when asked consumers about the Emirate they were hardly able to associate the right brand image with Abu Dhabi let alone dream it up as potential holiday destination.

With Chinese travelers seeking places that are unique and extraordinary where they can build exclusive experiences. So we collaborated with Harpers Bazaar China an iconic Fashion magazine along with a top-level celebrity Zhi-lei Xin who matched the exploring spirit of Abu Dhabi, to launch an integrated campaign that breaks norms and kicks off social discussions.

A teaser film was first released by Zhi-lei Xin on Chinese social channel Weibo that showcased locations in Abu Dhabi such as the Liwa Desert, Louvre and the Grand Mosque. This was then followed by a special edition high fashion spread on Harpers Bazaar China November edition which featured Abu Dhabi as an Extraordinary place, coupled with behind the scenes footage that sat on Visit Abu Dhabi’s owned channels as well as Harper’s Magazine social media portal for fans who wanted to see what the celebrity was up to in the Emirate. 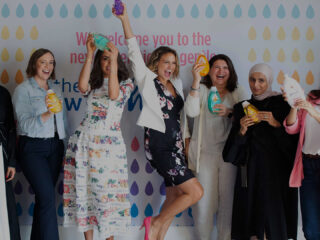 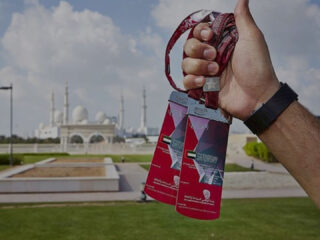